Good to know for veterinary care

Did you know that stray dogs, inadequate slaughter practices and a missing awareness of animal welfare belong to the three biggest problems of animal protection in developing and emerging countries? Or that countries like Gambia, Cape Verde, Liberia and Dominica do not even have a single training centre for vets?

These are only two of the many interesting results from our survey about veterinary care in developing and emerging countries which we sent to 1,000 veterinary training centres in over 50 countries.
»Here you can see the survey results 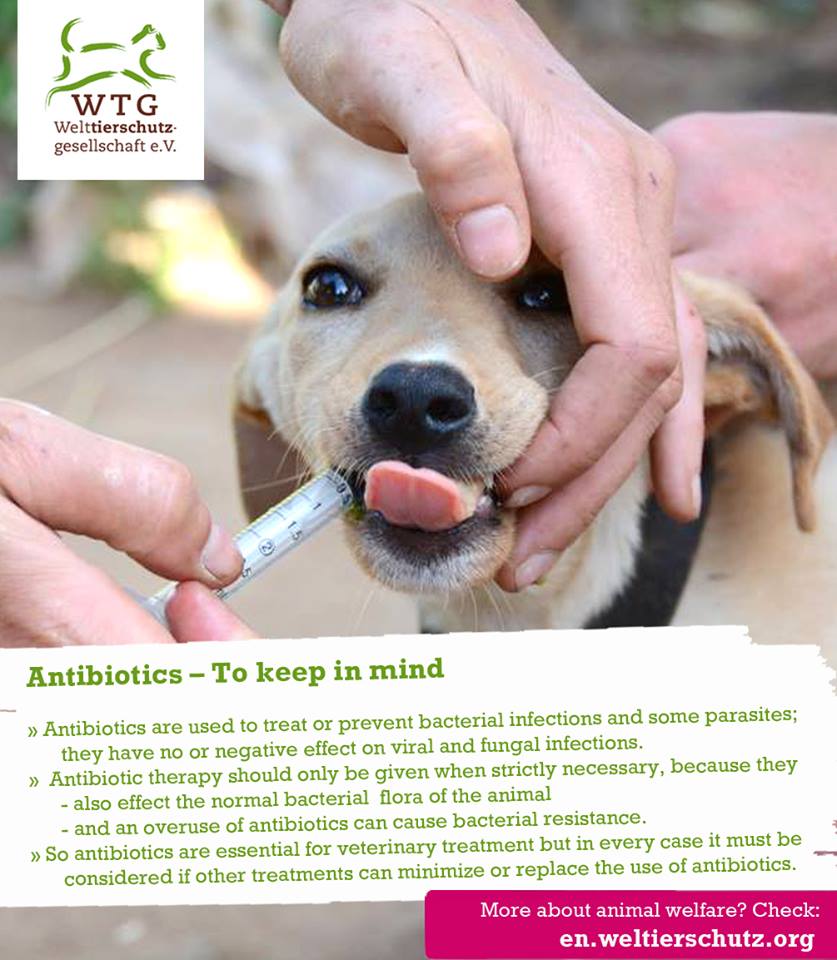 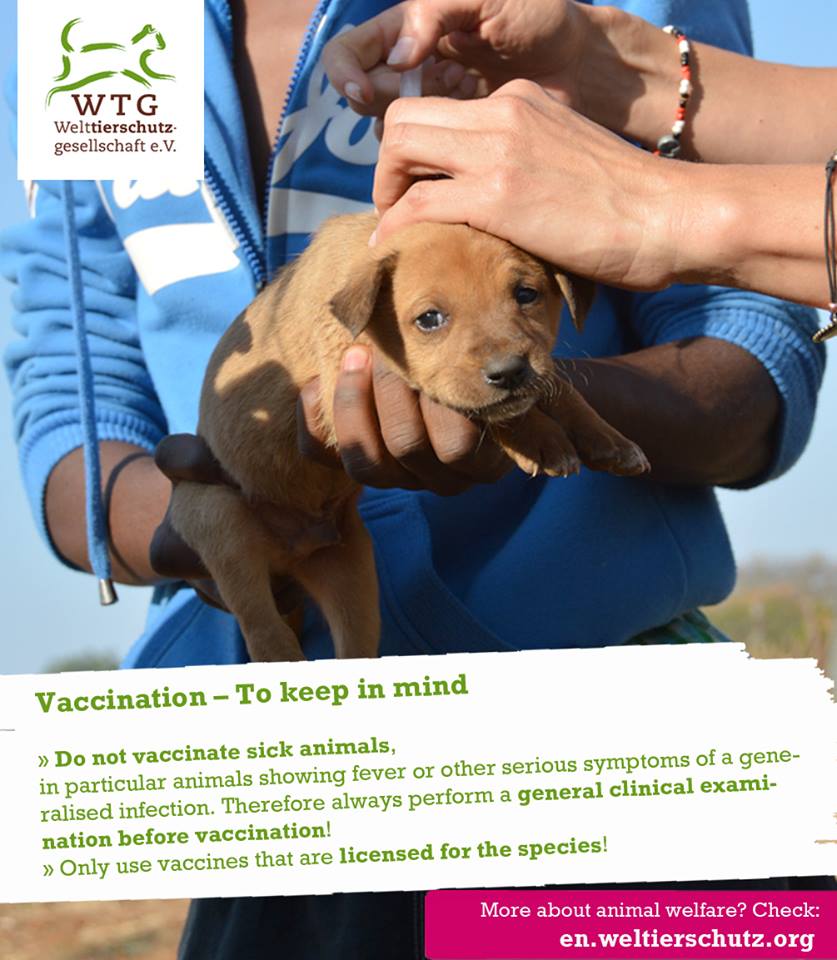 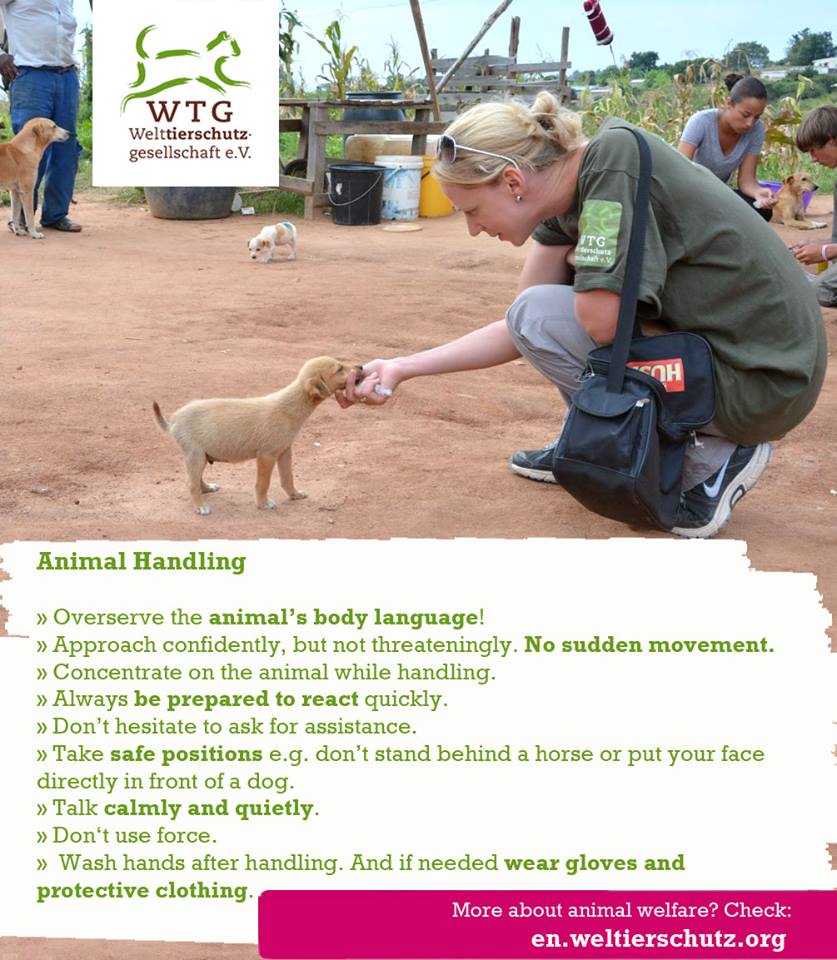 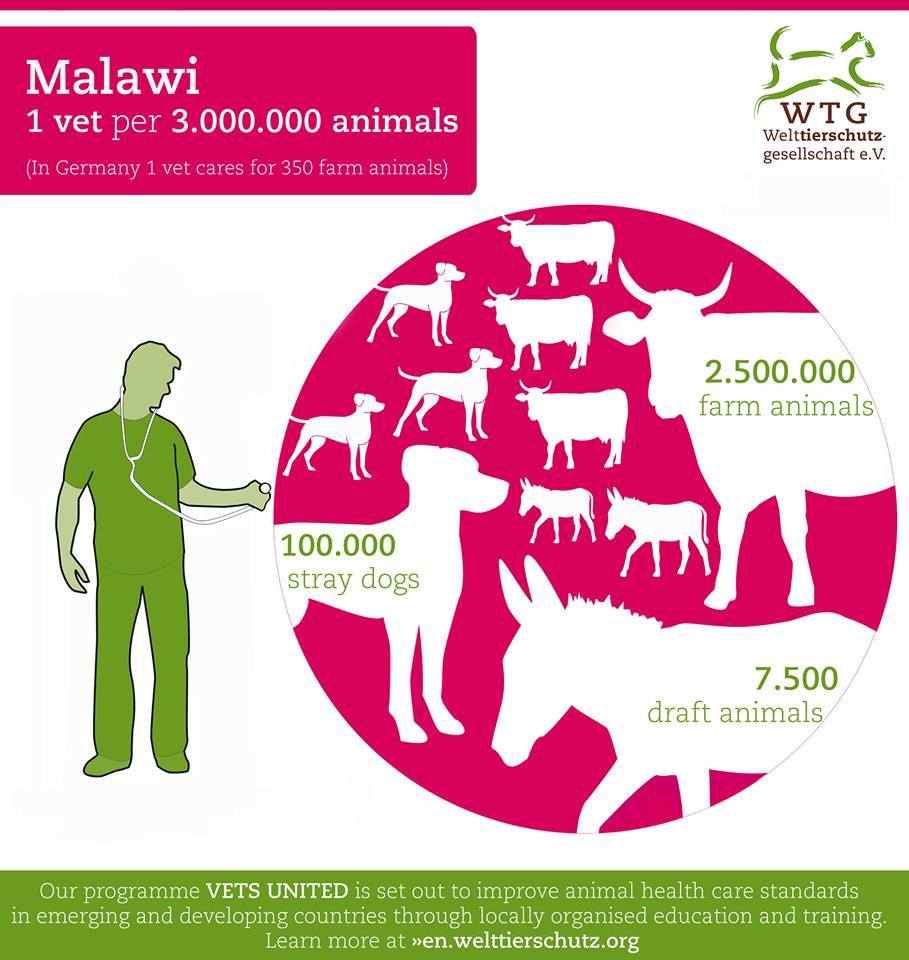 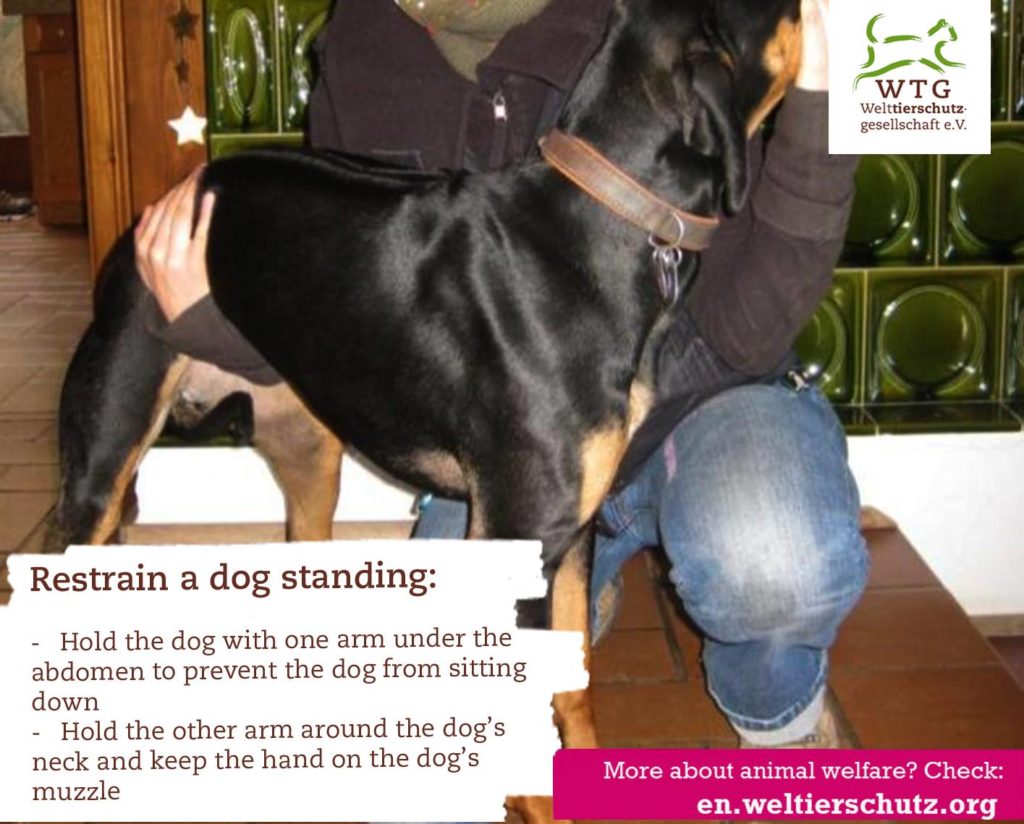 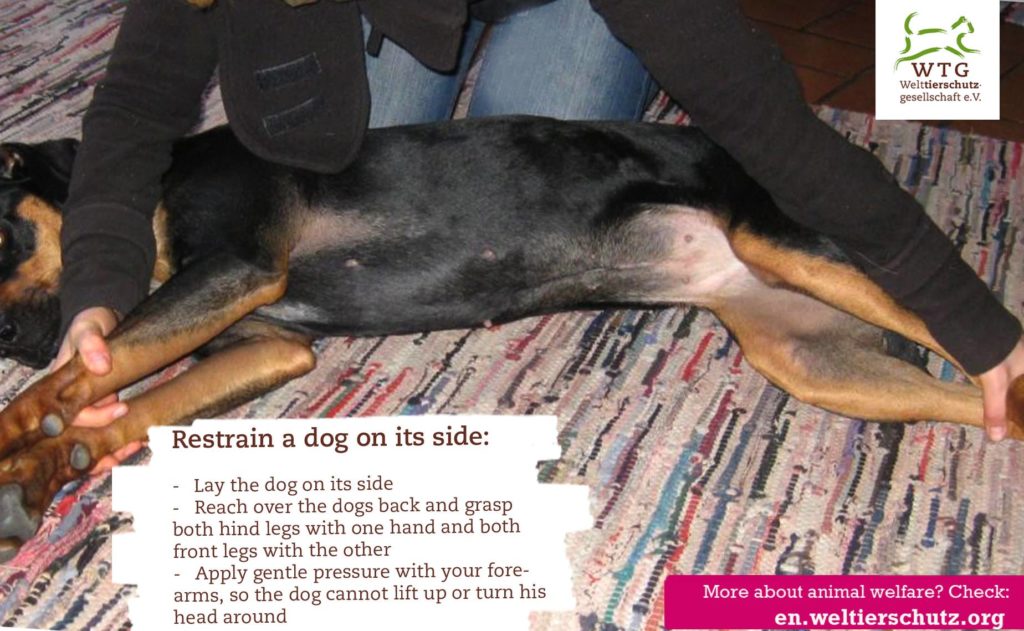 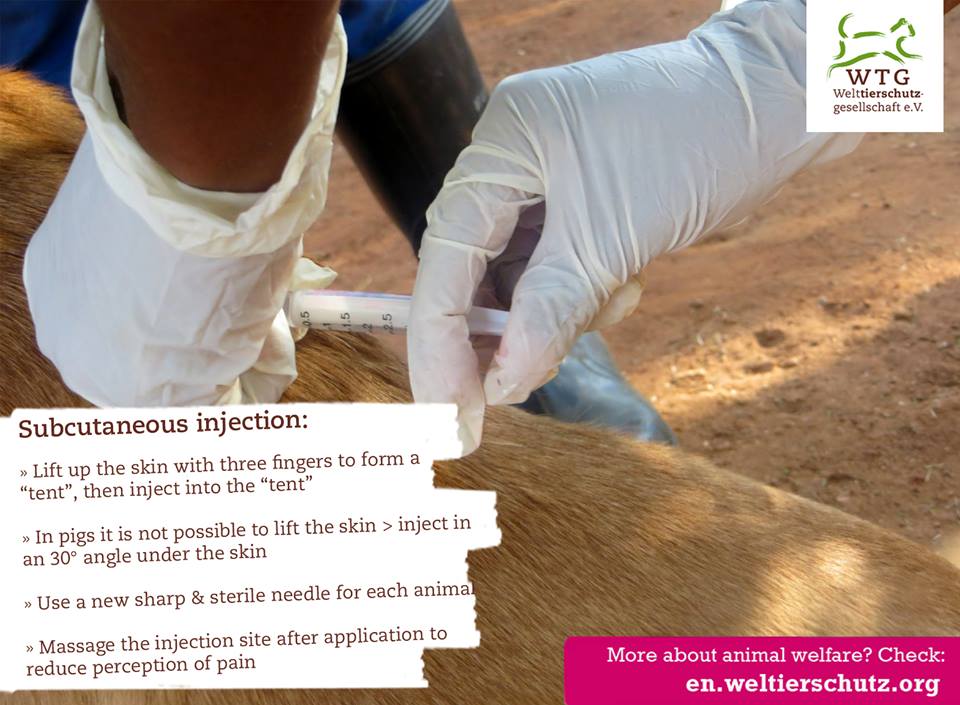 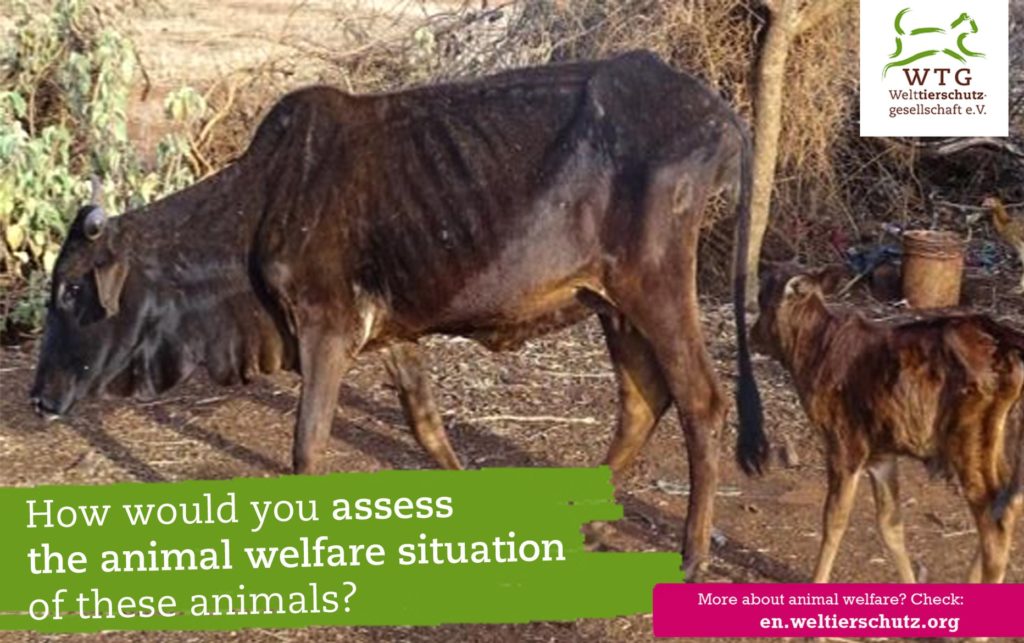 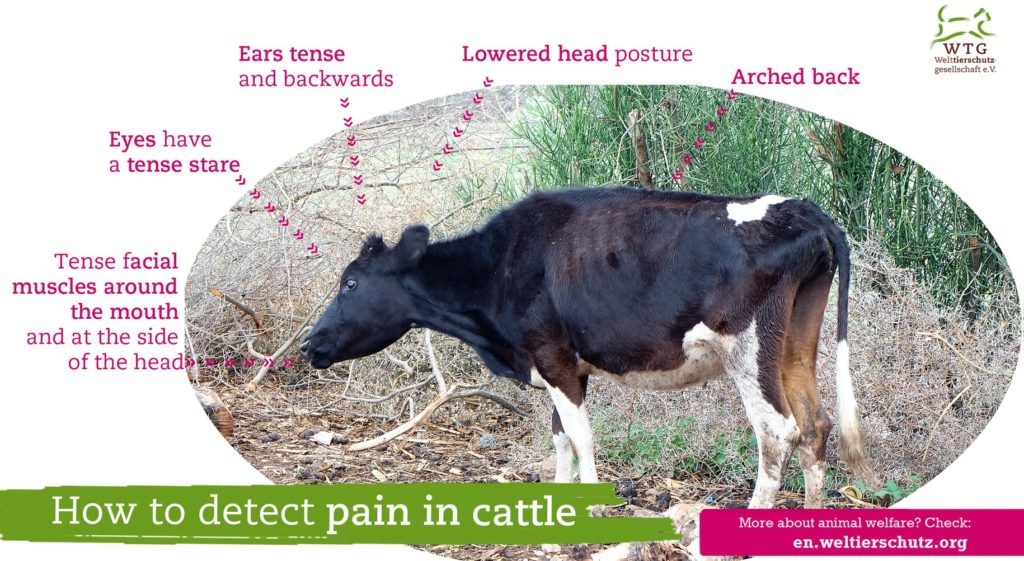 By following our »Facebookpage you won’t miss any of our interesting graphics on veterinary care facts.

POPULATION MANAGEMENT OF FERAL CATS – SPAYING VS NEUTERING
With a population of about 60 – 100 million [Jessup, 2004], feral cats are the most widely-distributed carnivore on the planet [Liberg, 2000 cited in Nutter, 2005]. The term “feral cat” is used for cats which do not belong to one specific owner. Therefore, they are listed as among 100 of the most invasive species [ISSG, 2008], which pose a massive threat to many ecosystems, biotopes and species [Feral and unwanted cats, 2006; Loss, Will & Marra, 2013]. The rapid growth of feral cat colonies can lead to a sharp drop in the population of native mammals and birds [Longcore, Rich & Sullivan, 2009; Loss, Will & Marra, 2013]. What at first glance seems to be an advantage, as rat and mice populations are heavily depleted, can in fact lead to serious consequences on islands.
»Read more

“TRAVEL” DISEASES IN DOGS AND CATS
With the increasing globalisation and rising levels of travel, imports of dogs and cats to Germany also increase. Stray cats and dogs, especially from Southern Europe, but also from other parts of Europe and from all over the world are imported to Germany.
However, importing animals also means importing diseases which have not occurred in Germany before (e.g. Borrelia miyamotoi) [Schreiber et al., 2013] or have been eradicated (rabies) [Laboklin, 2014; WHO, 2014]. These diseases are summed up under the term “travel diseases”. Some of the classic “travel diseases” have also spread to Germany by now. They are also found in pets, which have never left Germany (Babesiosis). It is important to distinguish between the vector, the infected animal and the outbreak of a disease in the animal. Often, it is possible to detect pathogens in Germany but it does not come to an outbreak (table 1).
»Read more

This years theme, announced by the World Veterinary Association (WVA) and  the OIE is “The role of the veterinary profession… Weiterlesen »

From student to lecturer

November 2016: At the time we met Kilasi for the first time he was a college student and… Weiterlesen »

Dogs and people as far as the eye can see. And right in the thick of it, a… Weiterlesen »

For the Future of Malawi’s Animals

At the foot of Bunda Hill, about 30 km from the capital of Malawi, the LILONGWE UNIVERSITY OF… Weiterlesen »

Helping people to help themselves

The second workshop of VETS UNITED in Tanzania has come to a successful end. Read about our impressions… Weiterlesen »

A chance for humans and animals

We started working in Malawi in 2013. Until today we cooperate with the Lilongwe Society for the Protection… Weiterlesen »

As a result of the sufficient veterinary care in Sri Lanka numerous domestic and farm animals suffer needlessly.… Weiterlesen »

Back again in The Gambia

"Great cooperation, friendly team, fantastic atmosphere" - these are the first words of the report which the program… Weiterlesen »

The team of VETS UNITED finished the first workshop unit in Gambia. Read here, how the manager of… Weiterlesen »

Malawi is one of the poorest ten countries in the world. Where humans worry for their daily meal,… Weiterlesen »