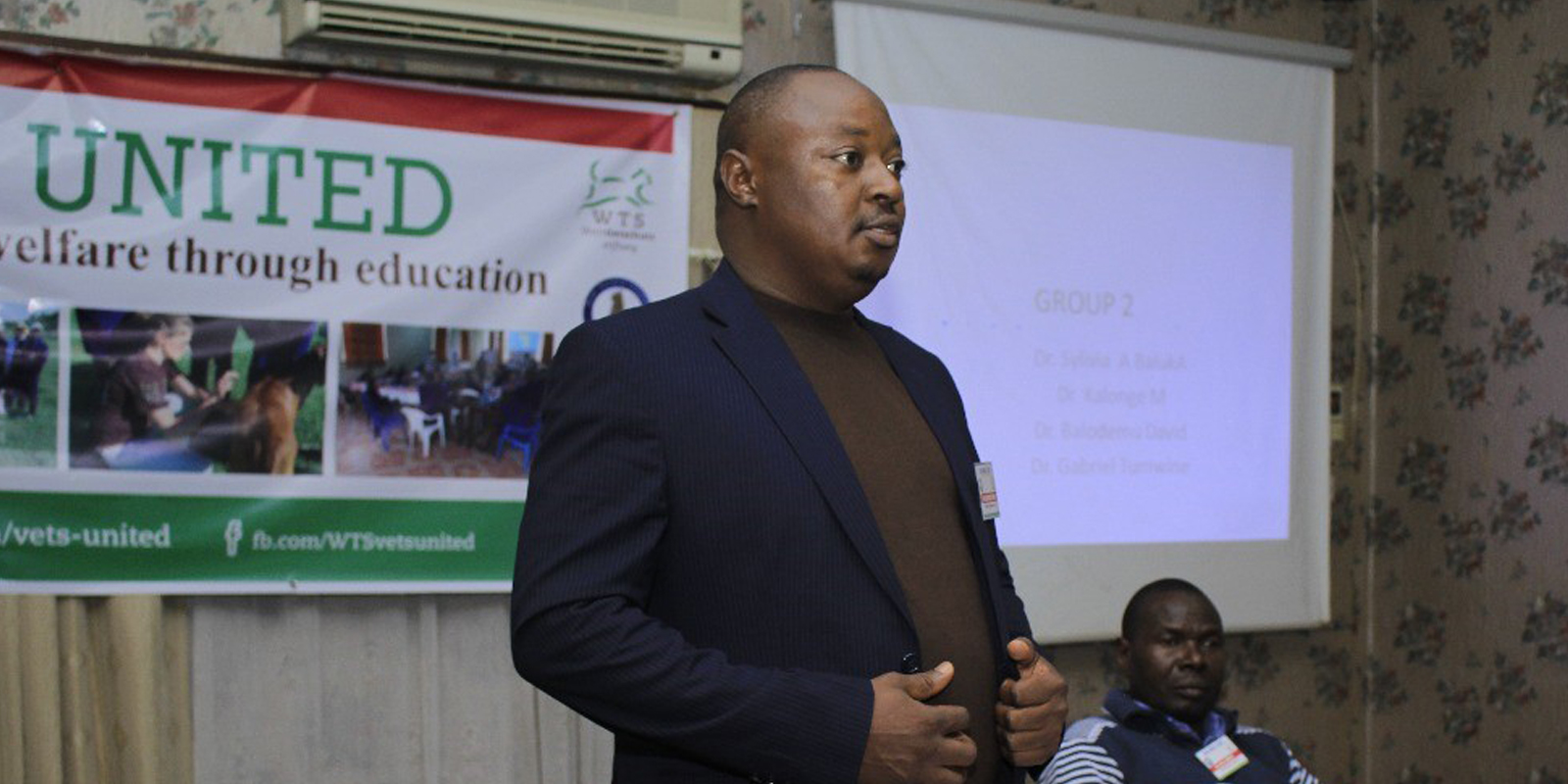 David Balondemu, coordinator of the VETS UNITED programme for paravets in Uganda since 2016, remembers his passion for animals starting when he was 7-years old and his mother gave him and his siblings each a goat to care for. After working towards a national diploma in ‘Animal Husbandry’ for three years, David started to work at the veterinary department’s head office in his home county. After a couple of years of organizing voluntary weekly trips to educate communities on animal management practices, he formed BAM animal clinics, a community based organization, in 2009 with a group of friends and has been helping the locals with their animals ever since. 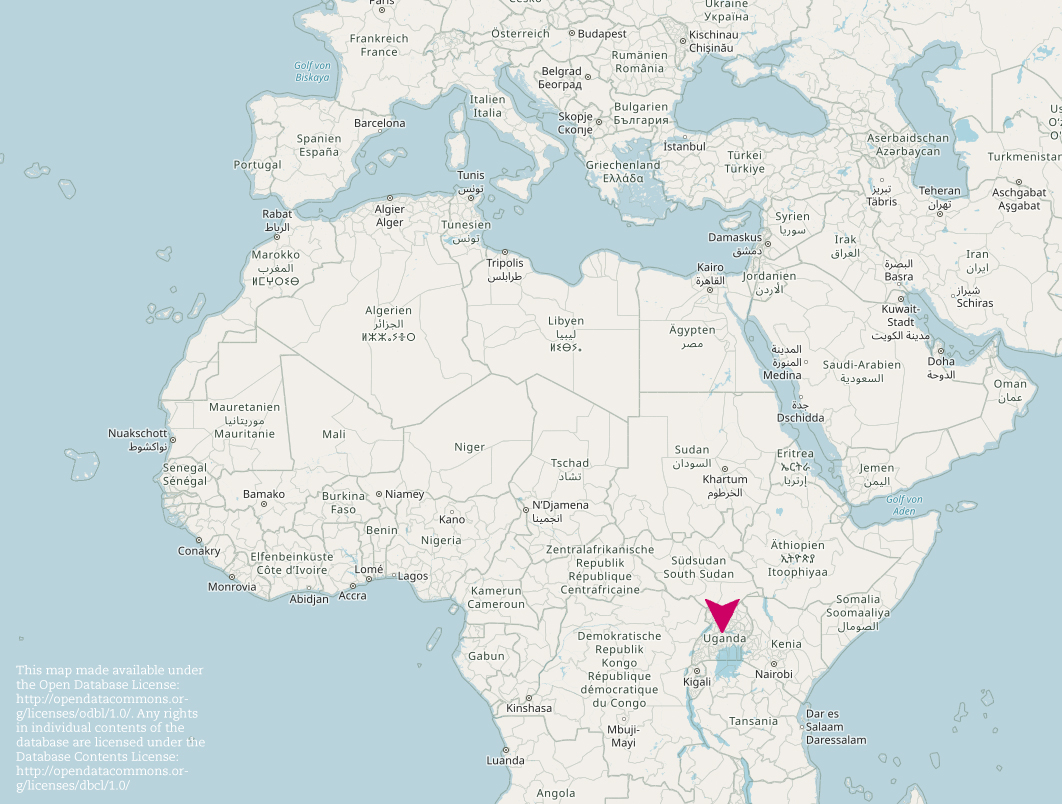 WTG: How would you describe the animal welfare situation in the country?

DB: We have seen that logged animal disease cases, and thus disease occurrence, has increased over the last 16 years during the policy reform period. This means animal welfare had been declining yearly and in turn animal health has too. There are especially high levels of cruelty towards animals during transportation and at slaughter. Here, commercialization and a desire for maximum profits leads to traders being cruel and abusive to animals.

Stray animals, especially pets such as dogs and some ruminants, continue to increase with little addressing of their basic animal welfare requirements, often ending in rabies and road accidents involving animals and humans. Overall, poverty, especially in remote inaccessible communities, lack of animal care personnel, animal thefts as well as the now frequent droughts due to climate change in various parts of Uganda all expose animals to brutality, cruelty and abuse leading to poor health, welfare and death.

WTG: What do you enjoy most about your work as VETS UNITED Project Manager?

DB: As project manager and founder of Bam animal clinics, I am happy that we found a partner who has helped us address the very fundamental issues upon which our charity was formed, such as education. The structured help of the VETS UNITED charity with well prepared and researched course material makes our training very easy. The given logistical support for our education campaign makes it delightfully quick to send a required message to the trainees. Networking with other charities in Africa in particular has helped me quite a lot to share ideas in regards to animal welfare/health. I highly regard the VETS UNITED team, as they are principled and value their partners and have never taken blame whatsoever on anything and have always struggled to dialogue before anything is done. This is wonderful and makes our work quick and in line with plan.

WTG: How has the quality of the education and animal welfare in general changed so far through?

DB: We have noticed that there is a good understanding of the link between animal welfare and health amongst the paraprofessionals trained by us in the six districts as every trainee was equipped with the same necessary skills. Furthermore, conducting regular refresher trainings to the field professionals has greatly helped to improve competency in service delivery. Establishing awareness through outreaches and mass media (radio) as asked by the VETS UNITED team has significantly impacted the communities’ attitudes for change in the project areas and beyond. 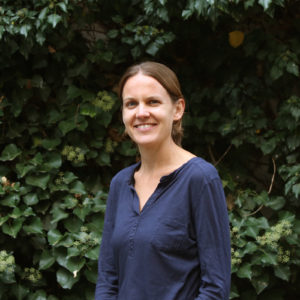 This years theme, announced by the World Veterinary Association (WVA) and  the OIE is “The role of the veterinary profession… Weiterlesen »

From student to lecturer

November 2016: At the time we met Kilasi for the first time he was a college student and… Weiterlesen »

Dogs and people as far as the eye can see. And right in the thick of it, a… Weiterlesen »

For the Future of Malawi’s Animals

At the foot of Bunda Hill, about 30 km from the capital of Malawi, the LILONGWE UNIVERSITY OF… Weiterlesen »

Helping people to help themselves

The second workshop of VETS UNITED in Tanzania has come to a successful end. Read about our impressions… Weiterlesen »

A chance for humans and animals

We started working in Malawi in 2013. Until today we cooperate with the Lilongwe Society for the Protection… Weiterlesen »

As a result of the sufficient veterinary care in Sri Lanka numerous domestic and farm animals suffer needlessly.… Weiterlesen »

Back again in The Gambia

"Great cooperation, friendly team, fantastic atmosphere" - these are the first words of the report which the program… Weiterlesen »

The team of VETS UNITED finished the first workshop unit in Gambia. Read here, how the manager of… Weiterlesen »

Malawi is one of the poorest ten countries in the world. Where humans worry for their daily meal,… Weiterlesen » 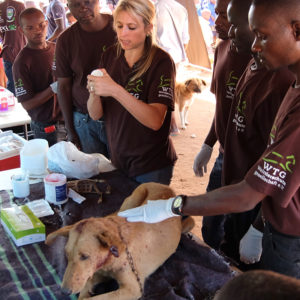